Google denied the assumption that they implemented one of the biggest updates in the history of algorithm changes with the Core Update March 2019.

On the other hand, Sistrix officially commented during the update that “compared to the other 5 updates it looks like the March update will be bigger than everything except the initial Medic update in August 2018”. There were definitely big winners and losers according to their observations.

Sistrix analyzed 24000 winners and losers that had been affected by 6 core algorithm updates. (April 2018 to March 2019). They investigated search results in the United States, UK, Germany, Italy, and Spain.

In this context, Sistrix´s data also identified domains that previously already had been being impacted by core algorithm changes. “Over 25% of our sampled domains were hit 3 or more times over the last 12 months of core updates (…)”.

70% of the sites that were losers were sites that had been hit by previous algorithm changes.

The researchers didn´t forget to mention those domains that had become and remained “consistently strong and stable over many years”. Instead of focusing on the ups and downs that many industries and websites report after Google´s updates, those stable domains could perhaps “serve as potential templates for the future.”

March Update As A Rollback?

Other experts interpreted the March 2019 Core Update as a massive correction of fluctuations. Those had happened as a consequence of earlier updates in 2018.

Search Engine Journal stated that reactions and feedback to Google´s 2019 Core Update were rather positive. Some SEO experts even went so far, that they talked about a rollback of previous updates as the 2018 Core Medic Update.

RankRanger saw some degree of fluctuation but came to the conclusion that “ironically, being that most updates go unconfirmed, the one official update we’ve had thus far in 2019 was not anything extraordinary”.

Webmasters in common tended to be quite content with the results they could see. One SEO agency reported that the number of winners outweighed the number of losers among their customers in this update by far.

Apple, Google, Microsoft And Amazon Were Most Valuable Brands In 2019 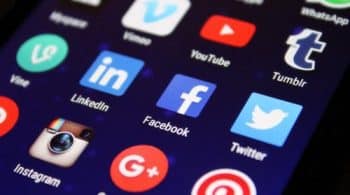 Apple, Google, Microsoft And Amazon Were Most Valuable Brands In 2019